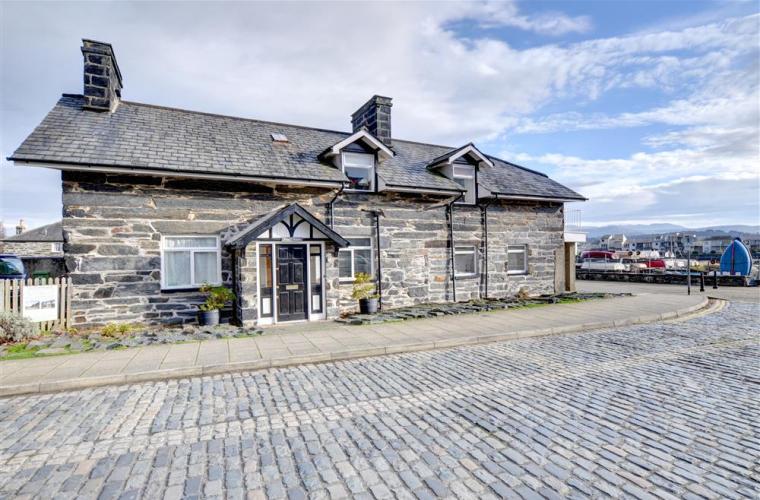 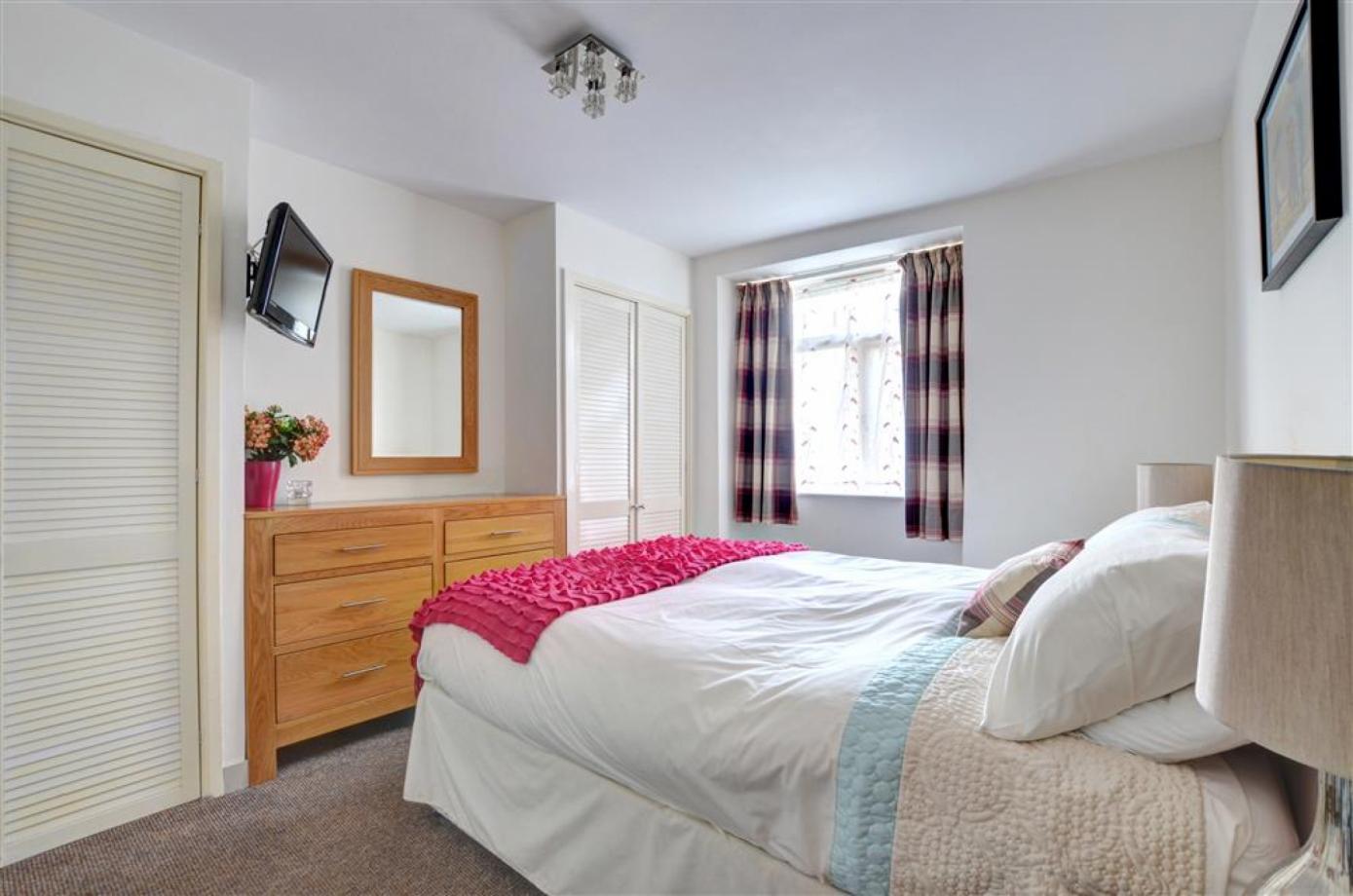 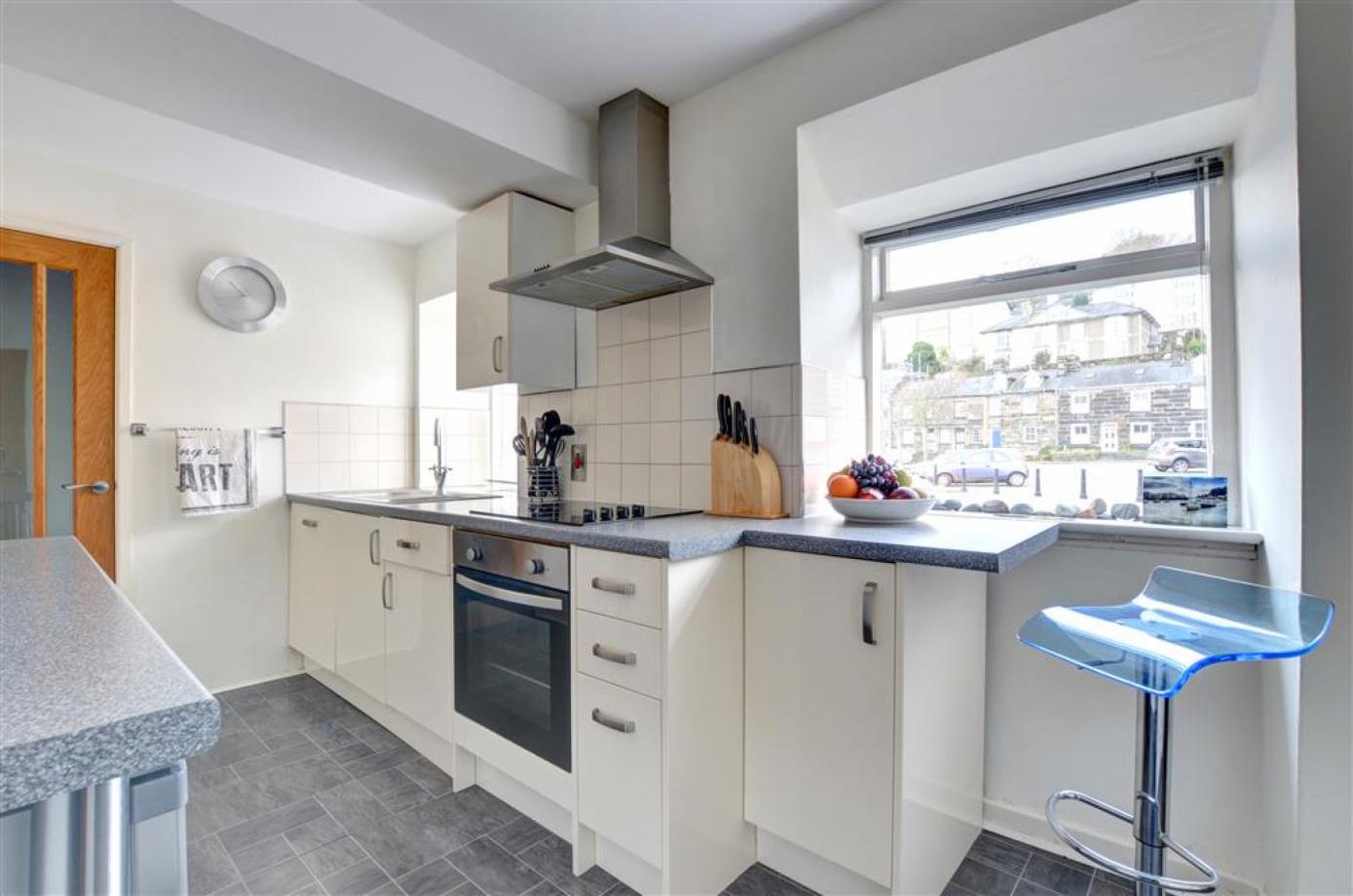 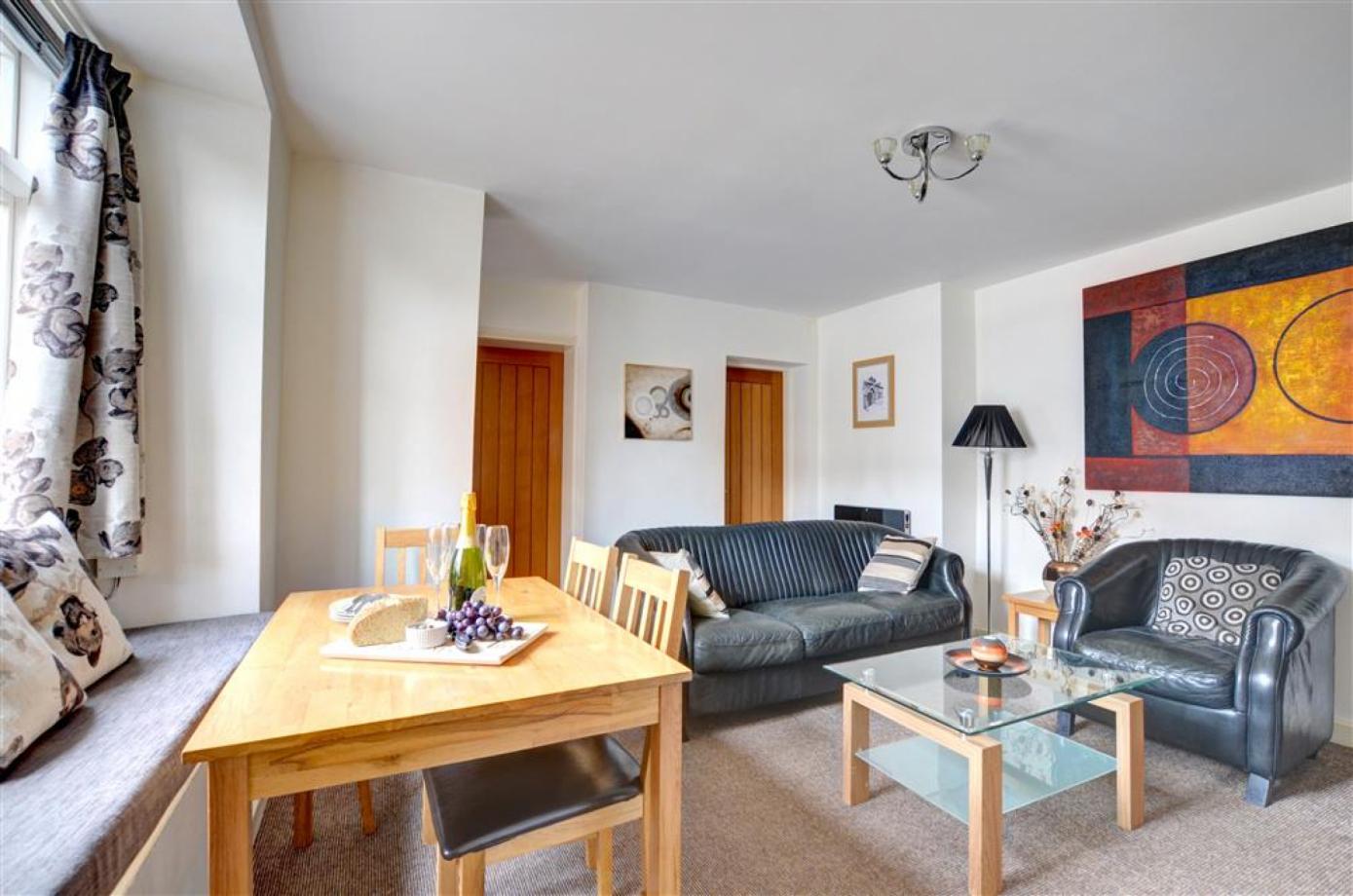 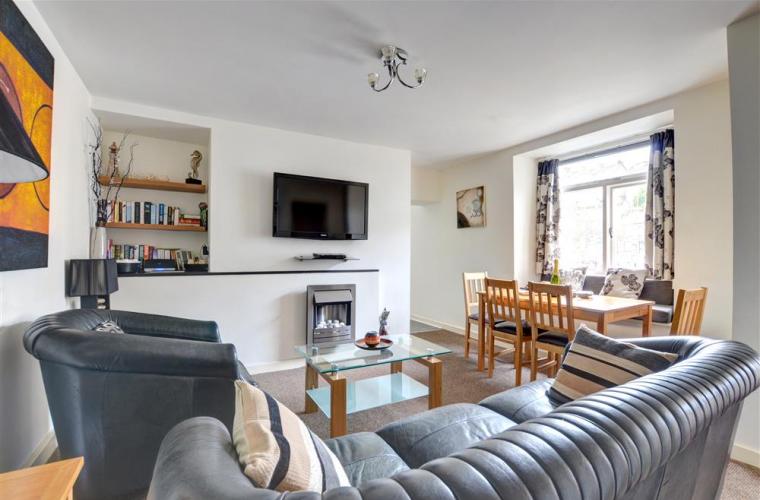 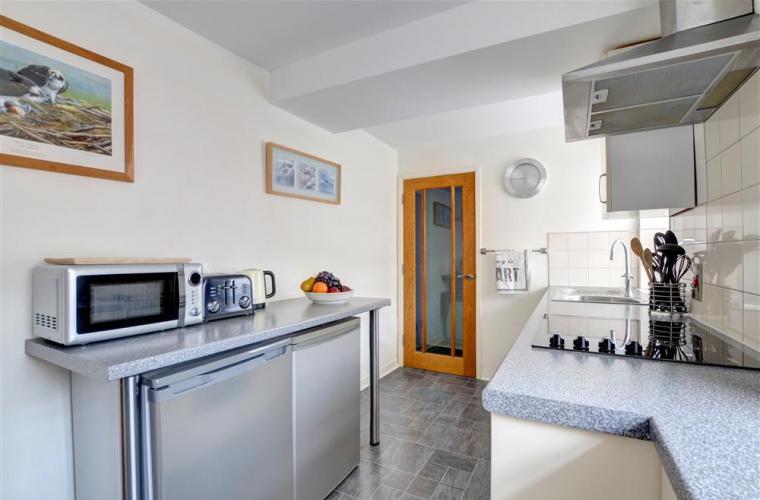 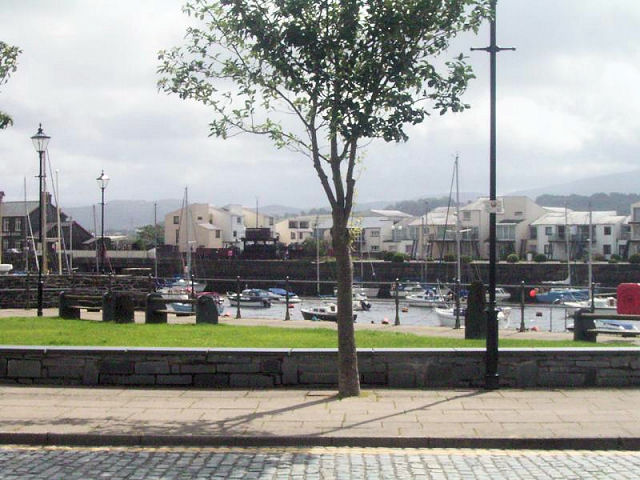 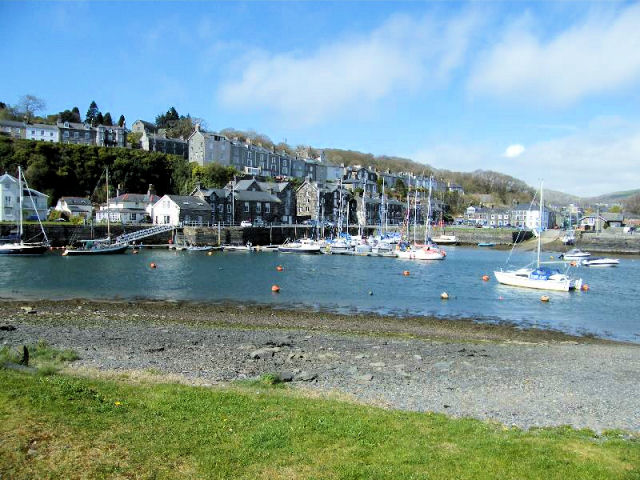 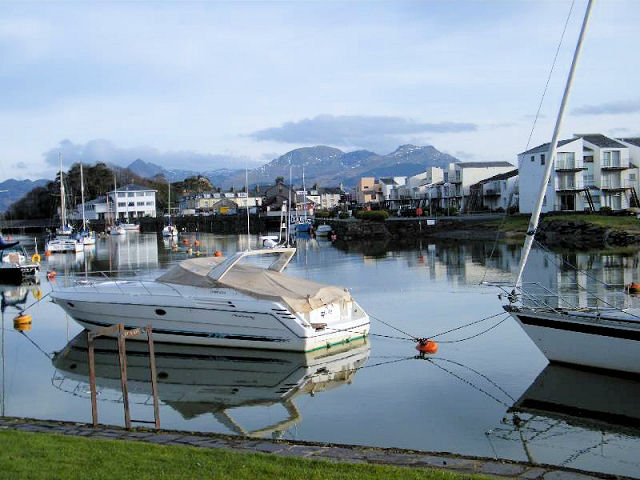 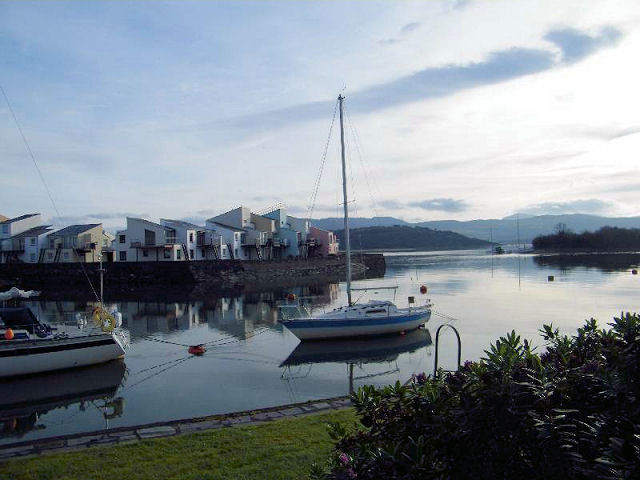 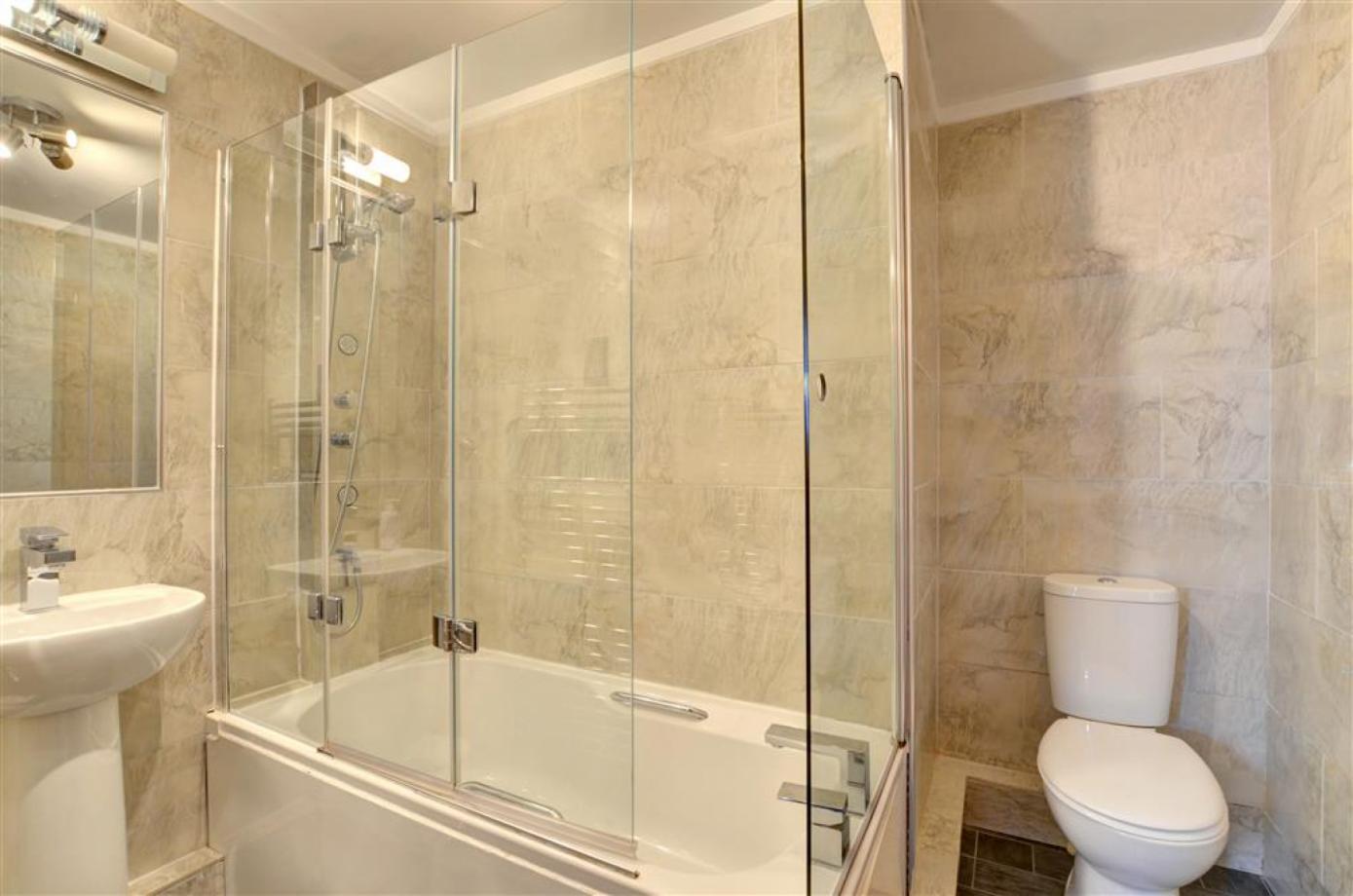 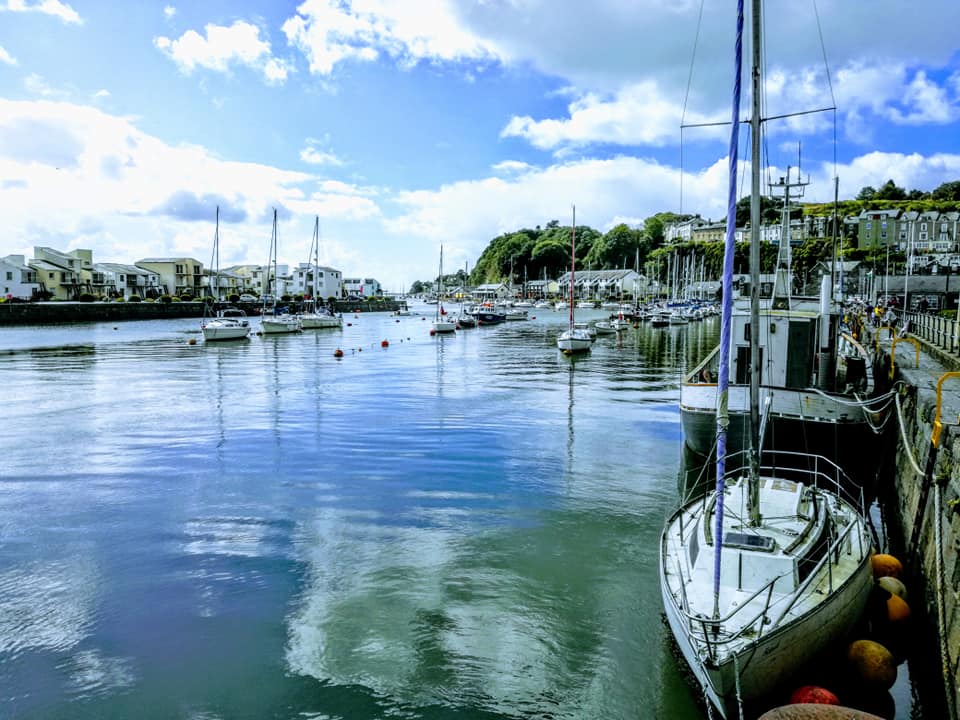 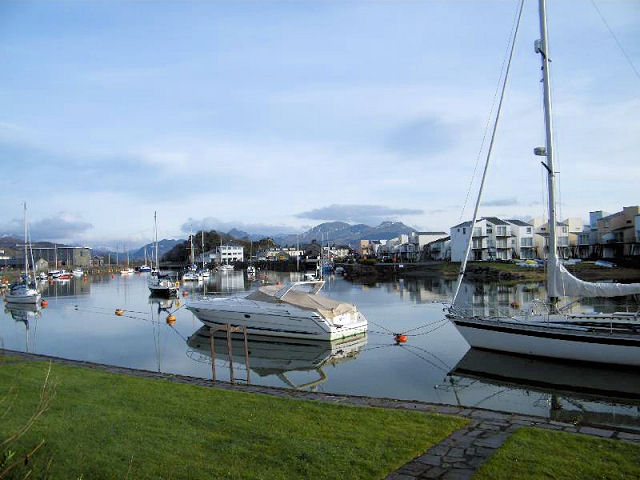 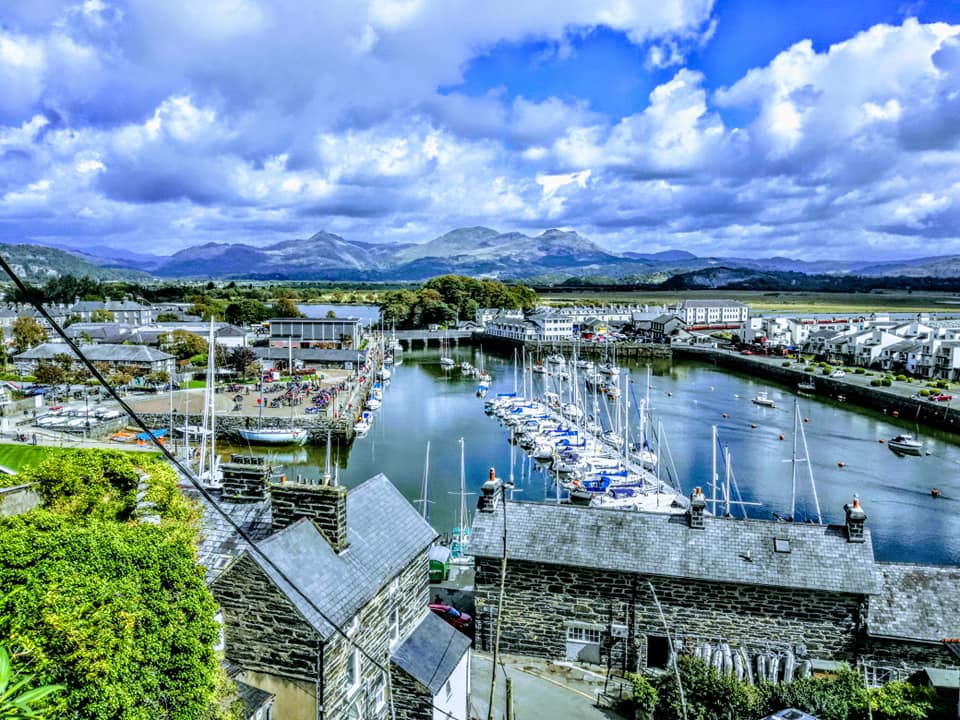 Converted in April 2012 to the very high standards of all our 5 star quality property..

Greaves Wharf House was originally the Wharf Masters office during the 19th century, and more recently was owned by the family of Frances Shand Kydd.

Our cottage on the ground floor of Greaves Wharf House, previously the Wharfmaster's office has been converted into a luxury two bedroomed cottage with a lounge/dining room, a separate kitchen & utility area, and a bathroom with a bath and shower. Free Wifi and BT TV package provides entertainment and includes access to entertainment channels and catch-up TV .

All the fixtures and the décor meet our consistent 5 star quality. Wharf House also has a private car park with space for two cars.

This property has a fabulous position adjacent to the slipway into the harbour. You can sit on the harbour wall just 20 yards from the door and enjoy the ever-changing tidal flow. The Wales coastal path runs directly alongside the property.

Should you feel like spoiling yourselves, a delicious breakfast can be enjoyed at Yr Hen Fecws just a few steps along the road by prior arrangement. www.henfecws.com ,

During the summer months, there is a market held on Fridays a few hundred yards along the road towards town.

Within walking distance of Greaves Wharf House, the town itself has a wide variety of small, locally owned shops and restaurants, from bookshops and antique shops to music shops, where you can find almost everything you need. Moreover, there is no shortage of pubs and good restaurants.

Porthmadog has its own brewery you can visit and you can enjoy good food in their pub, The Australia, on the High Street.

Two miles down the estuary in Morfa Bychan is Black Rock Sands, a popular wide sandy beach with a rocky headland at the western end of the beach and a backdrop of sand dunes that are a site of special scientific interest. When the tide recedes you can explore the rock pools, exposed caverns and multi coloured rock face (the rocks are not black!). The two-mile stretch of sands is popular with kite-buggies and kite surfers. It is convenient for picnics too, as you can drive your car right onto the beach.

Walkers will be spoilt for choice in the countryside around Porthmadog. The walk to Portmerion along the cob alongside the stunning Glaslyn Estuary gives tremendous views of the Snowdonia Mountains. Another beautiful walk is along the Llyn Coastal Path and further west through Borth-y-gest, Morfa Bychan, Black Rock Sands, Criccieth and beyond. For the really dedicated walkers, there are six designated routes to the summit of Snowdon and a variety of walking routes to Cader Idris

Porthmadog also has an interesting Maritime Museum and a Motor Museum featuring classic British cars and motorbikes from the 20s to 60s.
Another great day out is a visit to the Italianate village of Portmeirion just a short drive away. This unique and famous Italianate village built by the architect Sir Clough Williams-Ellis became famous as the set for the television series The Prisoner, starring Patrick McGoohan. Portmeirion is halfway between Porthmadog and Penrhyndeudraeth and located on a rugged cliff top on its own private peninsula overlooking Cardigan Bay and is surrounded by subtropical woodlands and miles of sandy beaches. (Please note dogs are not allowed in the village)

Also within easy reach is Criccieth with its 13th century castle build by Llewelyn The Great in the 13th century. Its Marian y De beach has been awarded a European Blue Flag Award. An open air market is held on the Marina every Wednesday.

Nearby Llanystumdwy is the home of "Highgate", the childhood home of David Lloyd George, the famous Liberal Statesman who later became Prime Minister. A Victorian schoolroom museum is dedicated to his life and his grave can be found by the River Dwyfor. The memorial gates by his grave were a gift from Pwllheli in 1952 and carry the elephant and castle which figure in the town's coat of arms.

The village of Beddgelert is situated beside the River's Glaslyn and Colwyn in the heart of the Snowdonia National Park in the midst of Snowdonia's magnificent walking country. The name Beddgelert, meaning Gelert's grave, is famed for the legend of Gelert the dog that was left by Prince Llywelyn to guard his child. The poor dog covered in blood was killed by his master before he realised that the heroic hound had in fact saved the child from the wolf.

The village is also linked with the Rupert the Bear stories, as Alfred Bestall wrote and illustrated some of the stories whilst he lived in Beddgelert.

Also worth a visit are the magnificent castles of Conwy, Caernarvon and Harlech, all of which are World Heritage Sites.

Bala is an historic town close to Llyn Tegid - the largest natural lake in Wales. It Welsh name of Gwyl y Gwyniad was named after the Ice Age old fish that still lurks within its very deep waters.

For those wanting to take part in other acitivites in the area, these include walking, cycling, climbing, pony trekking, surfing, water skiing, canoeing, quad biking, clay pigeon shooting, or abseiling.

Well behaved pets welcome at Wharf house at a charge of £30 per pet per stay.